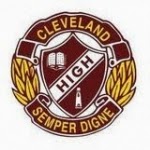 OH, what a night. The nostalgic feel of that 1970s pop song seems to sum up the upbeat mood at one of the city's popular nightspots when  dozens of Redlanders shrugged off any depression about advancing into middle age and boogied into the early hours.
Now in their early 40s, the former Cleveland High School students showed they still had the verve of youth as they converged on Elysium Lakeside for an important reunion.

MARKING the 25th anniversary of the 1989 year 12 graduation, about 60 people joined the throng, with the numbers gradually dwindling to a dozen or so stayers who partied on until closing time, 2.30am.
The organiser, Francene Neundorf, was there, of course, until the last farewell wave and sentimental smile, and says she crawled into bed at her Carbrook home at 3.30.
Francene revels in the happy mood when her old schoolmates get together; she has become quite passionate about their reunions, having previously organised 10-year and 20-year get-togethers.
The Grandview Hotel was the venue for the first and Victoria Point Sharks Club, the second.

FRANCENE says she knew the tendency of  the revellers to “kick on” late, so the closing time was important when she chose a venue for the third reunion.
She started promoting the October 25 event in the Classifieds Public Notices several months ago, and also uses social media to keep in touch with the group.
“The numbers dwindled a bit as some have dispersed around the world but  it was a great night,” she says.
“We danced and talked at lot. If you didn't talk to them at school, you would have had a chat on the night.
“CEOs and politicians? No, we weren't that good but we had a police officer, builders, an IT specialist, a journalist, an author, engineers, an accountant.
“There were four or five teachers, some people who left school in year 10 and a couple who used to smoke cigarettes behind the toilet block.
“Many still live in the area and some who now live in other areas were able to stay the night with their families who are still here.

IN the tradition of the romantic theme of the pop song, some teenage sweethearts of the class of '89 married and are still together, Francene says.
“Those that come along are positive in their lives,” she says.
The prospect of high school reunions seems to evoke mixed reactions – that is, former students may be either wildly enthusiastic or scornfully distasteful, but Francene has no doubts.
She says she enjoys organising such events “just to see old faces and catch up with the old days”.
“I just enjoy seeing people get together and enjoy themselves,” she says.

This column has appeared in the Redland City Bulletin.