Image: Steep Point, as recorded on the camera of fellow blogger Lindsay. 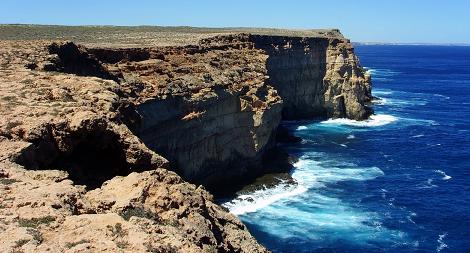 A BIG family and dozens of friends had a fantastic lunchtime celebration this month when Cecil Pellow, of Birkdale, turned 80.
About 50 people converged on a Raby Bay restaurant on Cecil's birthday - Sunday, November 4. Cecil came from a family with six kids who grew up in the NSW grain and sheep country at West Wyalong.
All but one of his siblings – a brother who was too sick to travel from Melbourne – were there on the big day.
Another brother, Barry, applied his photographic expertise to record the celebration but almost three weeks later, the party guests are lamenting the loss of the camera.
The party ended mid afternoon, Barry and his wife Carole caught a taxi to their Cleveland motel, only a few hundred metres from the restaurant.

ABOUT half an hour after arriving, he realised he had left the Canon camera, which has a black case, in the taxi.
He has posted a reward in the Lost & Found column saying "memory card very important" but no one has responded.
"The camera can be replaced but the memories can't," Barry said from Hervey Bay, where he and Carole are staying in a van park as their new retirement home is getting finishing touches. "The card has about 1200 pictures."
The couple, formerly from Gladstone, has been among the grey nomads for almost a year, travelling around Australia.

THE lost pictures have documented their experiences during the past six months, mainly across the Top End, south to Perth and through the outback regions – from Kununurra at the edge of the Kimberley region to Perth and back to Birdsville in Queensland's far south west.
Barry considers them the most stunning images of the couple's time on the road – especially those of the most western point of the continent.
He and Carole breathed the sweet air of the Indian Ocean as they looked over the majestic cliffs of Steep Point after a tough stretch on a rough road.

THE trip has been a dream come true for the couple. "We have looked forward to this for about 25 years," Barry says.
They were well prepared with a robust 4WD and a comfortable van.
A highlight has been meeting some "lovely friends", Barry says.
He still has a slim hope that the person who found the camera will at least post the memory card to him.

This column has appeared in The Redland Times.
Posted by John Rumney at 9:38 am No comments:

Harness racing is exciting but it has lost some of its charm for John Guy (story below). This image from wikpedia is used to illustrate the sport but has no connection with issues raised in this post. Image: Pacers at the 2007 Interdominion Championships held at Globe Derby Park in South Australia (#2 Make Me Smile, #5 Dee Dees Dream, #4 Braeside Seel Star (number not visible), #1 Tactical Dreamer). #5 wears a yellow bit lifter.

THE soil under the dense urban mix of Victoria Point cannot tell its stories, but the legacy of rural heritage runs through the suburb, deeper than the bitumen and concrete.
Nowadays, most of us can only imagine the joyous scenes of a rural lifestyle in tranquil bushland and fields, with the glorious bay as a backdrop and maybe a group of kids fussing over a horse.
Some can remember. Such a scene is crystal clear in John Guy's mind. He was one of those kids.

THAT rural upbringing planted a seed of ambition that inspired John for decades; he can still hear the horse's snort, but times have changed. He moved away from his beloved Victoria Point to pursue his dream of breeding horses.
Now he's back, disappointed.
John still loves horses and says: "They'll virtually talk to you if you get close to them. They all have different personalities and if you give them attention they are quite happy to give it back to you."
But he says his love affair with breeding trotters is over.

ABOUT a decade ago, John achieved a milestone when he bought a property on the Logan River at Beaudesert with the space for breeding from a few mares. Now, the dream property sold, he's back in his trade as ceramic tiler and the disappointment shows in his voice: "I decided it is time to move along in life before it gets away from me."
John says the breeding operation became too difficult. "It's too expensive," he says. "The horse's feed is too dear, there's no money around to sell the foals at the yearling sales and the prizemoney's no good any more."

JOHN blames the government and the racing authorities, which he says have been fostering the gallopers while neglecting the pacers. The crowds at regular trot meeting are small, says a man who has given up hope of a revival in the industry: "Change? I honestly don't know how they could fix it."
Over the past few weeks, John sought help of the Classifieds as a step in winding up his breeding operation.
He sought agistment for two of his favourite mares, one of which punters may remember. Girl About Town won 11 races from her 40 starts and also ran 11 placings. The other mare is one of her fillies.
John received only one call with an offer he says was unsuitable, so he's still looking.

This column has appeared in The Redland Times.
Posted by John Rumney at 7:16 pm No comments: 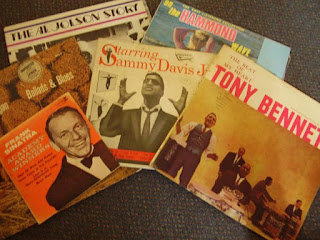 Chiropractors busy as eyes hunt for hope in sky 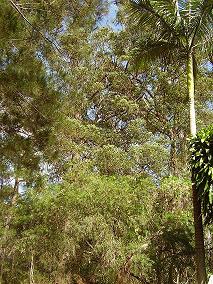 Image: A typical vegetation mix creating a fire risk around homes in the peri-urban zone.

A STRANGE affliction has taken hold of a big chunk of the Queensland population. Many need a trip to the chiropractor or the physiotherapist for some serious postural adjustment. Upper back and neck problems can be very painful. You can easily spot the sufferers. They look like they have their noses in the air but actually they have their eyes on the sky.
NATURE has been failing to deliver on the weather bureau's promises, at least until yesterday. Well, we did have a few drops of rain but only enough to dampen the socks that were left on the line to dry overnight. Yes, we can certainly "do with some rain", a phrase that seems to suit the Aussie accent. Which reminds of that great Australian poem from the federation era, Said Hanrahan.
A LOVELY copy of the poem is available at the National Library of Australia website, Trove . The insight of Father Patrick Joseph Hartigan, who used the pen name 'John O'Brien' made a delightful addition to the front page of The Eltham and Whittlesea Shires Advertiser in Victoria on November 14, 1919. His character, Hanrahan, has been giving Australian society a smile for many decades as he voices his fears that "we'll all be rooned", by drought, fires or floods.
THE message seems to be that nature will never perform to the total satisfaction of humankind, and in that regard the 2012 dry spell is probably just a curtain raiser for another wet season. But don't buy umbrellas and raincoats on my predictions because if the bureau can't get it right I don't have a chance. The comparatively dry of winter and spring always gives Queenslanders a final shot at making sure their roofs are ready for the summer rain.
THE roofing specialists who advertise in The Redland Times' Trade Services pages seem to be having a busy spring. Four of them rejected my offer to feature them in this column, saying they had as much work as they could handle. If any others wish to take up the offer I'll still be happy to give some space to the subject.
The Trade Services section is a lively and colourful directory, showing how far publishing has . evolved since the image of that tattered century-old Advertiser where a poem could sit comfortably on page one. It was pleasing to see evidence of the section's success in generating work for the advertisers and providing a handy resource for the readership.

Thanks for joining me in the marvellous community of classified advertising. This column has appeared in The Redland Times.
Posted by John Rumney at 8:51 am No comments: