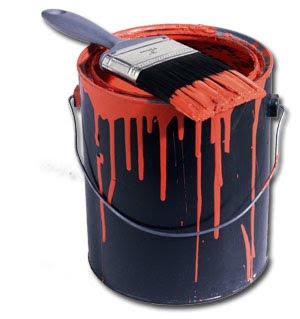 Posted by John Rumney at 6:06 pm No comments:

On the tradition of trust

Image: Times certainly have changed since this style of telephopne was the norm (courtesy fellow bloggers at MUSH Home Decor).

THE phone sounds with a smirking twist of what we formerly called a 'ring'. Once upon a time we could answer with a friendly 'Hello ...' and even end with an intimate "Have a good one". However, the chances nowadays are that a phone call brings an insult. Common scenario: The caller ID will say "overseas" or "private". The foreign accent struggles with English but the tone is friendly enough.

TWICE, I have heard that politeness change with a clear sharp edge that seems to say: "Beam me up Scotty – we've got a live one'. It was the sharpness of a predator that has found a victim. After using the phone as a tool of trade for decades, I think I'm pretty good at hearing the tones and inflections. These voices had the smell of criminal. The callers were, in fact, 'cyber criminals' pretending to represent Microsoft and warning that the company had identified my computer as infected with a virus.

MOST times I have simply said 'No thanks' and hung up but twice I played along and, with my best 'old man' shakiness', thanked them profusely, portraying trust and ignorance as they led me to the background set-ups of my computer. The first time, when the woman from 'Microsoft' had led the old man to the point of 'enter' on a string of numbers, he suddenly jumped off his mobility scooter and spoke with the hardness of Dirty Harry: "I wouldn't do that for a criminal like you. Why don't you get yourself a decent job?" She started to argue but faded into disappointment and the phone went dead.
THE second time, just before that crucial stage, I bailed out in a similar manner. He argued, insisting there was no con, but at least I had the satisfaction of 'putting one over him'. The scary bit really was the change in their voices when they hooked an apparently gullible Aussie. I do not want to denigrate anyone who has pressed 'enter' when under such direction but it's an insult to the nation that the scammers even target us.
UNFORTUNATELY, the calls reflect a long period of social change that has instilled suspicion and even fear into the phone lines. In local papers such as the Bayside Bulletin and Redland Times, we have watched the change. When we call, the voices will often be that of a friend, neighbour. a connection from your club, school or church involvement – someone's mother, daughter, father, brother ...
YOU will know where to find us. Most have long family and other cultural connections with the Redlands, some over generations. You will find us sticking with the local-paper heritage of service in providing relevant news and advertising that gets results – all based on trust. Thank you.

Posted by John Rumney at 5:54 pm No comments: