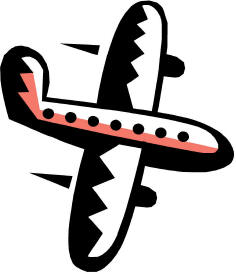 Grab the tissues, here’s a tearjerker from 1998. The marvellous community of classified advertising certainly throws up some social issues.

AN elderly lady has boarded a Qantas jet bound for Melbourne with fond memories of about a year on the Sunshine Coast.
The departure was a heart-wrencher for the lady's best friend, former nurse Kaye Roberts.
Kaye told this week how she and Mrs Pickles had been inseparable for the past 13 years.
They had travelled everywhere together ~ in cars, trains and even helicopters. They had breathed the desert dust sharing a motorbike.
However, Kaye is about to go sailing so Mrs Pickles, not known as a sea lover, was put in a crate, whisked into an aircraft cargo hold and flown to stay with Kaye's parents.
Mrs Pickles is a 13-year-old bitsa that looks like a dingo but can charm even people who don't usually like dogs.
The dog certainly has charmed Kaye since she came across the dumped pup in the Northern Territory where she taught first aid on cattle stations as a Red Cross volunteer.
The pair has travelled widely and came last year to try the Sunshine Coast. It seems the only place they don't go together is on the waves.
Mrs Pickles became a type of "sailing widow" on the Coast as Kaye, who has been sailing for about eight years, became involved in Mooloolaba Yacht Club and enjoyed many day sails. She was in the crew of Illusion in the recent XXXX Score series.
Kaye does not know if she will return to the Sunshine Coast. She is about to head to the Territory to sail the far north west aboard a friend's Farr 38.
"We're eventually heading back to Cairns and I'll take it from there," Kaye said.
Kaye recently placed a Public Notice offering an aircraft passenger who could take the dog to Melbourne as excess baggage.
"I had some strange calls," she said. "People offered to take her on the back of a ute and another caller offered to drop her off in the snowfields. But there was a good response.
"People who respond to an ad like that usually love animals.
"The woman who took her didn't want payment. She didn't have much luggage anyway, and this time Qantas waived the fee.
"I am a frequent flyer and Mrs Pickles is a bit of a celebrity around the airports. Some dogs need to be sedated to go on a plane but she knows exactly what do do and waits quietly in the queue."
AS hard as it is to believe, the Sunshine Coast's Britophiles, reported in the Daily's letters column as rattling the walls of Nambour Civic Centre with their sing-along style, have shunned a portfolio of frightfully British tunes.
Now, who could turn their back on songs including Will You Remember Sweetheart?, When the Harvest Moon is Shining and Richard Crook's big hit, Vienna City of My Dreams?
It's all so sad. Coolum's Kath Bryham reports "no deal" after advertising for sale a 1934 leather pouch packed with Royal School of Music sheets for piano. Kath, who describes herself as a collector of certain things, says the package is just so quaint she couldn't resist it when a woman who's had it in the family wanted to unload.
But Kath finally came to realise that as she no longer played piano the pouch should go to someone who cares.
All those rabid Poms must be strong on tonsils but weak on ivories. They couldn't even scrape up the $45 to keep the collection on the Coast.Kath may take it to a fine art auction in Sydney where she reckons it could fetch a three-figure sum. Dollars not pounds, thank you very much.
Posted by John Rumney at 7:55 pm