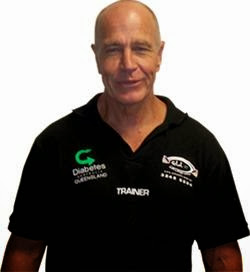 ANYONE who has seen a family member or a friend spend good money on exercise equipment that lies idle after the first week or so could easily dismiss their fitness quest as simply a fad. Indeed, as the fitness industry started its meteoric rise some years ago, some drinking, smoking and generally sedentary cynics curled their lips while others sweated and groaned their way to better lifestyles. One cynic, obviously clawing for self respect as alcohol, tobacco and cream buns fell from many shopping lists, would deliver a sharp one-liner to fitness-conscious associates: "If you need to lift all that weight and run 10km a day to be fit and feel good about yourself, I can see you don't do enough work."


-
SUCH a statement does have a grounding in the human evolution as survival so often depends on the energy that the essentials of life demand. But most of us are far in time and place from the rigours of dragging animal carcasses long distances for a barbie outside the cave. Despite the cynical view, attention to fitness is important not only to individuals but also to society. The idle exercise gear simply shows how hard it is to stick with a routine while meeting all the other demands of life; the 10km a day runner shows a commitment that the cynics secretly envy. Behind the curled lips may be deep-seated insecurity and even fear.
-
PERSONAL trainers John and Kerry Schuh, who have been based at Capalaba for the past seven years, are on a mission. They specialise in helping people who, as John puts it, "would never enter a gym". Some may believe they would be among iron-pumping gym junkies; others may be suffering illnesses, or be elderly and feel incapable of an exercise program. "For many years, I have looked for the best and safest ways to train the body," John says. "We get a lot of medical referrals, and it is good to help people get well and get fit again."
-
JOHN and Kerry first opened their fitness centre, Schuhfit, on Redland Bay Road, and moved about four years ago to Bayside Shopping Village on Old Cleveland Road. Now their fitness mission is taking them to a new address in Gumdale, where John says the space allows more facilities and services, including pools, tennis courts and accommodation. He is appreciative and thankful for the turn-out of clients who helped the couple's move last weekend. "Our clients often become good friends," he says. On both days this weekend, the Schuhs will hold a garage sale to clear their village premises as they start a new era.
This column has appeared in The Redland Times.