How AMP man gave sunbeams to many 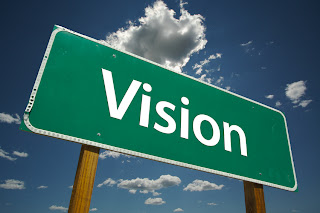 THE atmosphere was 'electric' throughout Australia on the morning of June 15, 1998. Throughout the nation, people were keeping one ear on the radio, one eye on the television and logging onto news websites.
In the newsrooms, we were doing all this and more, continually checking the agency news services, lining up interviews with financial analysts and moving to identify the beneficiaries of one of the most significant trading days in the history of the Australian share market.
It was easy filling the next day's news pages with the twists and turns relating to that first day's trading in AMP stocks after the demutualisation and subsequent sharemarket listing of the nation's 'iconic' insurance group delivered share issues to 1.6 million people.
SOME who had invested with AMP over decades through their insurances received issues that potentially were worth as much as Lotto wins. But there were also small windfalls galore for others who had simply taken out basic insurances.
The AMP Prospectus relating to the listing estimated the base share price between $12.50 and $16. On that first heady day, it rose and kept rising to peak momentarily over $40 and close in the low $20s.
Even for those who missed that sort of profit, the shares -- despite subsequent devaluation in comparison with day one -- remained a valuable, albeit unexpected, reward for loyality to a truly Australian service company.
The AMP share issue, in fact, changed people's lives.
IN the Redlands on that winter morning 11 years ago, one heart must have beat at least a little faster as Bill Orr, then aged 78, monitored the breaking news.
Bill, who had retired after a long career with AMP, was delighted that he had paved the way for dozens, perhaps hundreds, to benefit in the nation's biggest share 'giveaway', his daughter, Katrina Goldsworthy, recalls.
It was a fantastic post-career highlight for the World War II pilot who became an AMP agent in Tamworth in 1963 and moved to Brisbane the next year. Bill moved to Buderim in 1981 and to Ormiston in '86.
Within a month of the AMP listing, however, Bill and his family suffered the tragedy of the death of his wife of 52 years, Millie.
BILL died at age 89 on November 18. His funeral service heard of Sydney-born Bill's rich life, including how he skilfully bellylanded "his beloved Mosquito" aircraft during a reconnaissance flight to Borneo.
Bill Orr was remembered as a loving father of three, grandfather of eight and great-grandfather of two. The younger generations called him "Big Bill".
The service heard that William Leslie Orr, also known by some as "WL", would sing a line, “Jesus wants me for a sunbeam”, from an old children's hymn, and his private and professional lives underscored that happy spirit.
Thanks for joining me in the community of classified advertising. This column has appeared in The Redland Times, Queensland, Australia.
Posted by John Rumney at 9:26 pm