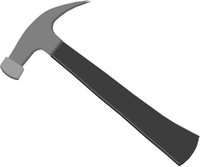 ONE five-letter word always gets people talking in the marvellous community of classified advertising, especially on the north coast, which has a heritage in the highly prized timber, cedar.
The word "cedar" had drawn about a dozen calls by mid-week in Troy Barrett’s campaign to sell slabs from which he had planned to build a classy bed.
Troy must have inherited his love of wood from his dad, who works as a builder in Gladstone, where Troy grew up.
Now living at Lennox Head with his wife Janette, Troy has made a few boxes for the markets and turns up bowls on his lathe.
When Troy, 29, found the cedar at a garage sale he grabbed it for the bed project.
But he hasn’t found the time to build a bed, so he listed the seasoned Australian red cedar, in 5cm slabs, in the Checkout Classifieds.
He wanted $700 for about 0.8cu m of the timber, which he believed had been cut about five years ago.
Troy said the inquiries kept coming.
"They are mainly retired people who make a bit of furniture,’’ he said.
"But I want to sell it in one lot.
"There are a few splits; it’s not the highest quality."
Timber has been playing a major role in Troy’s life since he moved up from Sydney for the lifestyle change.
He has been driving trucks for Byron Bay Secondhand Building Supplies for the past five months.
Troy says he is picking more knowledge about timber from his work.
"I am getting there," he said.
(This column first appeared in the Northern Star, Lismore New South Wales, Australia in 2001)
Posted by John Rumney at 7:26 pm