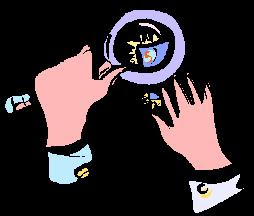 THE dreams that generations of hopeful children have carried into their adulthood have ground to an agonising end, if the experience of retired engineer and teacher Norm Taylor is any indication.
Norm, 75, looks back on decades of stamp collecting, peruses his four albums and sadly admits: "You always hope you will find something that is really valuable but nobody is interested in stamps anymore.
"These are really of very little value."
Lancashire-born Norm took up stamp collecting during the dark days of World War II while growing up in Manchester, where his dad Abraham was doing war service working on the Rolls-Royce Merlin V8 engines that powered the Spitfire fighter and Lancaster bomber aircraft.
NORM's earliest prized acqusitions included a 6 million deutsche mark stamp he says shows the inflation in Germany under Hitler.
But even that trophy and Norm's treasured 19th century stamps are part of the collection he is offering for sale. He has been considering a price about $200 but says, "I think I'llk be lucky to get even that."
Norm says he came from a lost culture of stamp collecting, an era when kids's stamp clubs met in school libraries and the fervent members bartered, traded -- and picked up some knowledge of the world.
At 10 years old, during the wartime shortages, he made hinges out of Drum papers and the scrounged-up sticky edging from the post-office stamp pages.
SIXTY-five years later, the hopes of striking riches have disintegrated like a mouldy first-day cover but news was not all bad after Norm recently advertised seven mint-condition Australia Post albums, issued between 1997 and 2003, for $300 – more than $100 less than face value.
He says the elderly woman buyer said she lived in hope her grandchildren might eventually catch a stamp bug if such an pandemic ever were to reoccur, but his son and grandchildren have no interest in stamps he kept for them.
Norm knows people who bought commemorative coin issues rather than stamps and had significant rewards, with values rising up to 300 per cent in less than a decade, while stamps have gone backwards.
LUCKILY, Norm has had a lot more areas of interest in his life. He qualified as an science and technology engineer in England before coming to Australia to work on the space tracking stations.
He moved into teaching in the early 1970s and ended his "second career" in Townsville.
Nevertheless, he admits that the sale of the stamp collection will mark the end of an interest that petered out over the past 20 years.
(Thanks for joining me to meet the great people in the marvellous community of classified advertising. This column has appeared in The Redland Times. Image from http://office.microsoft.com/clipart/).
Posted by John Rumney at 11:52 am