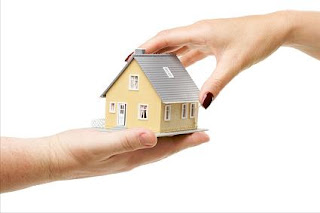 MOVEMENTS in property prices and the multitude of associated waves and ripples through our society always prompt a gush of analyses.
Issues of home ownership, such as changes in mortage rates, invariably ride the first wave but, on another level in the continuing ebb and flow of influences on the housing sector, escalating rents are putting families under increasing financial pressure. Property and housing-related investment has long been a rewarding province for private sector entrepreneurship but, understandably, profit is the driver, so it is comforting to know that rental earnings and capital gains are not the only motivators in housing provision.
Substantial public-sector mindpower is focusing on the broad social needs for housing security, so those in need can have the dignity of affordable accommodation.
THE term, 'public housing', has made way for a new description, 'social housing', but a Public Notice – rather than a 'social notice' – appeared in the Classifieds as the State Government proclaimed its commitment to provide 4000 new social housing dwellings in Queensland over the next three years.
Family and Homelessness Services, under the Department of Communities in the restructured State administration, announced the proposed development of eight two-bedroom apartments and 27 studio units on a 3103 square metre site in Napier Street, Birkdale.
Just last week, Housing Minister Karen Struthers said that by June next year almost 500 new social housing dwellings would be built in the first stage of the Nation Building and Economic Stimulus Plan.
A DEPARTMENT spokeswoman said the Napier Street project was not part of that total but was subject to the department's core social housing funding, separate from the Nation Building package.
Ms Struthers said thousands more homes were due for completion by December 2010.
She said the $1.2 billion investment in social housing infrastructure was on top of $500 million from the Bligh Government’s Future Growth Fund to boost social housing in homelessness hot spots.
“We’ve got 60,000 dwellings in our social housing stock across the State,” she said. “Less than 1.5 percent are vacant, compared with a vacancy rate of 4.6pc in the private residential sector at the end of June.
“A number of vacant properties are being spruced up for new tenants to move in, others have been newly purchased by the department, and some properties are being modified for tenants with a disability.”
Ms Struthers said the housing program created jobs for local builders and “we’re building homes for people who need a roof over their head”.
(Thanks for joining me in the marvellous community of classified advertising. This column has appeared in The Redland Times, Queensland, Australia. Image from http://office.microsoft.com/clipart/).
Posted by John Rumney at 12:57 pm