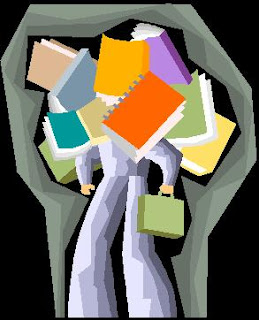 BEFORE you journey with me on another fascinating browse through the marvellous community of the Classifieds, take a few seconds to look around you, wherever you may be.
No matter who or where you are, that quick 360-degree headspin would undoubtedly have put at least one item of clutter into your field of vision.
Negative words like "confusion", "disorder", "jumble" and "heap" feature in the Maquarie Dictionary's definition of clutter.
Nobody wants something like that hanging around their life. The problem always seems to get worse in winter,.
However, once the Ekka extravaganza breaths its last gasp each year and the autumn wind blows away the winter blues, a genetic alarm stirs instinctive impulses deep within the soul of the 'average' Redlander.
A MESSAGE from the DNA says it's time for a good old-fashioned spring clean to exterminate clutter. As we march into another battle in a never-ending war, it's nice to know help is available.
Important alliances are no further than the Cleaning Services section of the Trade Services pages.
A notice headed, "Clean de Clutter", put me in touch with a partnership of two women who share my dream of a clutter-free world.
They have already been advertising "spring cleans".
Sheryl Galbraith and Sheryl Daley, both of Victoria Point, met about 10 years ago but started the cleaning service only last year.
"We're a bit like the two Ronnies, only we're the two Sheryls," Sheryl G said. "We're both from New Zealand – I came from Dunedin and Sheryl came from Christchurch -- and we met because our husbands both work in the meat industry.
"We decided to do something for ourselves and started the cleaning service."
SHERYL G said Clean de Clutter had not done a lot of recent decluttering but has been busy setting up some new kitchens and with move-out and move-in cleans.
The pair works through several real estate agencies.
This week, the Sheryls did a move-in clean for a property buyer who ordered a thorough job to eliminate all traces of the former owners.
Sheryl G said an option for people who did not want a full cleaning job was to focus on one or two areas, such as the kitchen and bathroom, for professional attention.
"Things have been humming along very well," Sheryl G said.
She said she and husband Peter have never regretted settling in the Redlands. "We spent about six months on the Gold Coast before we came here and it felt like about 10 years – it wasn't for us," she said.
"Our daughters were 12 and 14 when we came, and they have grown up here.
"The Redlands is an easy place to live and love."
(Thanks for joining me to meet the great people in the marvellous community of classified adverstising. This column has appeared in The Redland Times, Queensland, Australia. Image from http://office.microsoft.com/clipart/).
Posted by John Rumney at 11:30 am