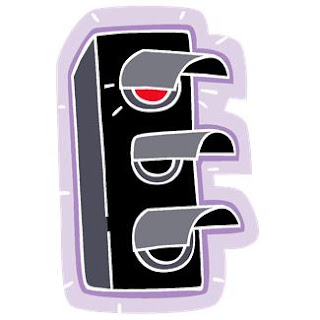 THE Redland City population boom reflects in the heavy traffic on our roads – formerly quick and easy trips have turned into stop-start crawls through queues at intersections. The traffic snarls seem to worsen, week by week, and impatient drivers are keen to make up for lost time – undoubtedly taking more risks. The dangers weigh heavily on the mind of retired factory executive Glynne Butler as he counts the cost of an accident, just a few kilometres from his Alexandra Hills home.

GLYNNE was driving the Ford Focus CL sedan he bought in 2005 to serve he and wife Maureen through their senior years. Maureen was the passenger. At Finucane Road and Cambridge Drive, the Butlers' car was involved in a collision. Glynne says his traffic stream had a green light. "I saw the other car coming and braked hard," he says. "We could have been killed but luckily we weren't injured; neither was the other driver. But the insurance assessor has said our car's a write-off and the insured value won't cover a replacement of the same standard. We have no car at the moment. I want to warn people about the hazards: since the accident we have seen cars going against red lights and others racing to get through the orange."

THE September 10 accident was the first for the Butlers since they migrated from England in the late 1990s. The move followed Glynne's retirement as a director and manager of a packaging company in Marlow, Buckinghamshire. Eight weeks after they arrived in Queensland, the couple bought their Gerbera Street home, where Glynne says they could not be happier, living near Maureen's two daughters and son, along with "many grandchildren". "My wife is about to celebrate the birth of her first great-grandchild," Gynne says.

THE couple placed a notice in the Classifieds to thank everyone who helped them after the accident – police, fire and rescue and ambulance crews, witnesses who stopped to help and others who called the emergency services. Glynne has a message for all drivers: "The road rules are there to protect everybody and must be obeyed – please think about what you do and be responsible."

SINCE 1991, the State Government has installed cameras at intersections to catch red-light offenders. The Transport and Main Roads Department and the police jointly manage the program.Program officials say crashes caused by motorists running red lights are usually serious and result in high costs to the community. They base their placement of cameras mainly on crash data, installing them at intersections with a history of crashes.

Thanks for joining me to meet the people in the marvellous community of classified advertising. This column has appeared in The Redland Times.