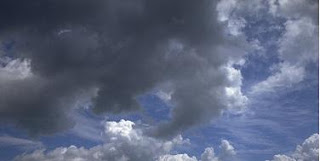 Image by Carl Wozniak
A DISCORDANT symphony has celebrated an unusual season as a chorus of small engines has echoed across the Redland suburbs. Householders and professional mowers, taking advantage of every break in the spring rain, pulled cords, pressed buttons and fired up their machines in a race against the clouds. We are lucky to live in a culture where it's 'not uncool' to talk about the weather; the unseasonal deluge this spring has had everybody talking about 'millimetres overnight' and wondering when the washing will dry.
WE are also lucky to have free access to a damful of information from the Bureau of Meteorology. If the bureau charged for clicks on its website, the consolidated revenue would go a long way to paying back the billions in the government's controversial economic stimulus packages – especially during a season like this. The weather records make absorbing reading. They can soak up a lot of time – and that is just to find the page you need, but patient browsers are rewarded with all the facts and figures they could possibly want.
THE bureau's observations on our city come from Redlands Horticultural Research Station, with records dating from 1953 and featuring in more tables than you'll find in the typical club dining room. The data for the first 18 days of October made a tasty snack, showing that Redland received 224mm for the period. This was almost 280 percent of mean rainfall for the entire month (81mm). Redland had its wettest October in 1973, with 371mm. Back then, the fields grew mainly fruit, veges and pasture but now the suburban lawns have taken over.
SOME lawn specialists who feature in the Gardening Services column have been too busy to talk during the breaks in the rain, but Brad Denham took a short breather between jobs at Capalaba and his home suburb of Redland Bay. Brad, a former real estate agency licensee, said he set up Redlands Mowing about two years ago because the type of work allowed him to be a "Mr Mum", while his wife, Mara, practised as an accountant. Mowing gave him time for household duties. "I was a bouncer for few years but I was doing lot of night work and I got sick of the [troubles with] young ones and the drunks, and I can't handle the doof doof," he said.For the benefit of elder readers: 'Doof doof' means the 'techno' dance music that is popular in night clubs. It's quite different to the harmony Brad enjoys from his Honda self-mulching mower.
Thanks for joining me to meet the people in the marvellous community of classified advertising. This column has appeared in The Redland Times.
Posted by John Rumney at 9:47 am