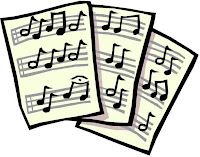 SURPRISINGLY little work has occurred on the old workbench that featured in the Classifieds for just $40.
The vendor, Edgar Parnell, 77, of Victoria Point, estimated the bench was about 100 years old.
He said he had used it "only once or twice" in the half century since his granddad, Coorparoo stone mason Ted Batstone, had given it to him.
At the time of the gift, Edgar and his bride, Daphne, had been making their first home.
"I can remember it (the bench) when I was a little kid but I never saw my grandfather use it," Ed said.
"I would have asked him for it. We bought a new place at Mount Gravatt and I wanted to build a kitchen."
AFTER growing up at Camp Hill, Ed became a fitter and turner. When he married, he had already started a teaching career in 1955 and was guiding manual arts students of Brisbane Industrial High School.
The home workbench played a minor role as Ed’s love of teaching took him to Yeronga TAFE, where he was a technical teacher until he retired in 1988.
"I built the kitchen and that was about it – the bench was used only to put all the rubbish on since," he said.
The bench went through several changes of address. The couple lived at Cleveland for about 10 years before moving to Victoria Point in 1997.
Ed said the sale was part of their preparation to move to a retirement village.
THEIR mates at Cleveland Probus Club need not worry about losing them to another area. The Redlands has a stake in Ed’s heart. He came here often during his childhood -- his dad, Arthur, was a proud son of a prominent Wellington Point family.
Ed and Daphne have had a busy week. They went to a Cleveland High School music night on Wednesday to see performances by their grandson and granddaughter, Daniel and Jillian Tuckwood.
Daphne is proud of their musical ability. Six decades ago, when she was just eight years old, she debuted on church organ during Sunday school at St Luke’s, Ekibin, and she was the organist at St Bartholomew’s, Mt Gravatt, before the couple moved to Cleveland and Daphne became the organist at St Paul’s.
NOWADAYS at St Paul’s, Daphne’s daughter, Gayle Tuckwood, joins her on the flute.
"My son, David, is a professional drummer and his son, Matthew, also was a professional drummer but he’s more into movie production now," Daphne said.
"David and Carol’s daughter, Emma, played clarinet at high school. She is now working for a government minister."
Daphne said recent family highlights had included the first wedding anniversary for Emma and their new grandson-in-law, Mark. But yesterday was special – it was Ed and Daphne’s 49th wedding anniversary.
This column has appeared in The Redland Times, Cleveland, Redland City, Queensland, Australia.
Posted by John Rumney at 2:15 pm