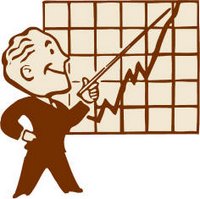 This column has appeared in the Rural Press newspaper, the Redland Times, which serves a lively community on Moreton Bay at the gateway to Australia's new economic star, south-east Queensland.


SOME interesting social and economic trends show in spin-offs from the Redlands’ population growth.
Commercial real estate, in particular, can be a barometer for the big picture.
Michael Keddy, who has had a keen focus on local markets for the past 12 years, admits the difficulty in finding all reasons and connections in a complexity of supply and demand, rises and falls, ups and downs.
The needs in two sectors, however, stand out at present for the Capalaba-based director of Ray White Commercial Bayside.
Retail showrooms in good positions and manufacturing units are still in low supply against strong demand, he says.
Michael says the shortages have become evident as the shire’s growth has stepped up, mainly during the past three years.
While the showroom scene may reflect some big retail names, the demand for manufacturing units comes mainly from the other end of the economic scale, he says.
"There has been a shortage of smaller, less expensive units with a manufacturing zoning for people like mechanics, cabinet makers and steel fabricators," Michael says.
"As the population has increased, it seems a lot of people who may have been working from home or in other areas have been wanting such units.
"Many have been starting in business or in the market."
Michael has good news for small manufacturers. "Within the next six months quite a few new units will be available," he says.
"I can list five blocks, with an average five units a block, where construction has started or is just about to start."
Michael says the Redlands has an oversupply of warehouses and professional and office premises.
The poor local demand for office space contrasts with Brisbane occupancy rates at an all-time high, he says.
"I have not been able to put my finger on what’s exactly behind this; it could be the big companies are tending not to spread their activities," Michael says.
Strip retail shops are one of the most visible spin-offs from the population growth.
Michael says there are vacancies in strip retail but the sector shows a steady take-up rate.
Ray White Commercial Bayside advertised about 20 listings from across the categories in a recent edition of our Classifieds.
Posted by John Rumney at 9:18 am