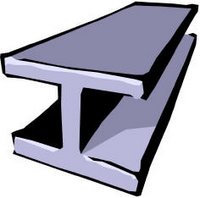 For a change of pace: Now to the world economy. That's right. Not even the marvellous community of classified advertising is shielded from the heavy stuff. This column appeared in the Redland Times a few weeks ago.

THE economic might of China is like a magnet for business around the world but the giant doesn’t need magnetism when dealing with a certain Redlands business.
Big quantities of non-ferrous metals go directly to China from the Capalaba yard of Advanced Metal Recyclers.
The export of metals including aluminium, copper, brass and stainless steel has been a major part of the firm’s trade in its four years in the Redlands, says director Malcolm Zordan.
"Last year we sent 40 container loads to China and we expect to send 50 this year," Malcolm says.
"At the end of the day China is the world’s factory, and without its own resources, it is the major force in the metal markets."
For the record, each container load weighs about 25 tonnes.
Malcolm says copper is in high demand and at least one big supply contract has been decided recently.
However, the non-ferrous metals are just part of the firm’s success story, which started with Malcolm and one truck.
Five trucks now keep four forklifts and a bobcat on the go. A lot of the work is still with steel.
Many Redlanders know Advanced Metal Recyclers through its classified advertisements seeking car bodies.
Mal says Advanced sends its scrap steel to Queensland buyers, Smorgon Steel Recycling and Simsmetal.
The firm despatches about 150 to 200 tonnes of steel a month – that’s the equivalent of about 150 car bodies.
Some old cars have a final burst of glory before the crusher.
Advanced supplies Alexandra Hills High School with about 20 cars a year for student mechanics and panel beaters.
Luckily, or it could be the reverse in recycling, outbound loads from the school are a lot lighter than the inbound, after the students reduce the vehicles to shells.
Malcolm could teach other small businesses how to use a little humour in their advertising.
He promises "no crap" in dealing with scrap.
"Our price is $50 a complete car body but we may pay a bit more, depending on the steel market at the time," he says.
Malcolm has worked almost 15 years in metal recycling, after about a decade on the northside.
He has no regrets about his career choice. "Recycling is one industry that will never die," he says.
A metal man may be expected to bemoan the use of plastics in modern cars. Malcolm says such parts that cannot be sold for reuse must go to landfill.
However, "heavy metal" veterans from the 1970s and 80s are still Advanced’s mainstays.
Posted by John Rumney at 7:09 pm