Looking for life-rafts in cyberspace 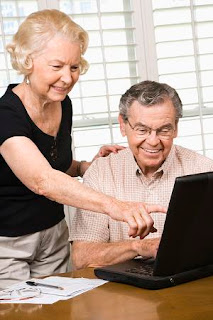 THE oldies who refused to use automatic teller machines and personal computers could be having the last laugh nowadays.
The eager brains behind the computing culture once labelled as a "Luddite" anyone who dared to question their passion for technology, with the term inferring a primitive attitude and rejection of change.
The original Luddites in England in the 1800s went on rampages destroying machinery during the Industrial Revolution. But through the entire march of technology at least some fear and suspicion is justified.
As time has passed, technology has bred maybe millions of evil geniuses who devise schemes such as the latest fake ATM card reader to milk accounts, viruses that destroy the intellectual property of countless computer users and other scams, or 'techno-tricks'.
Add the crashes that turn the dreams of computing into nightmares and many must feel the world without computers wasn't so bad.
But there's no going back, and we can be grateful that at least on the PC front help is available from the Classifieds' Computer column, where Jenny and Peter Sharp, of A Class PC Service, Cleveland, are long-time regulars.
Peter started working on computers 20 years ago as a hobby. Friends turned to him to fix their breakdowns and about five years later he had a part-time business, which led to fulltime trading as A Class PC Service since January 1997.
Jenny, with a business degree specialising in information technology, worked in the IT sector and spent four years in management with an international software development company before she joined Peter full time in 2003.
"Within six months of this, we moved our business, originally from our home, to our current business premises at South Street – and we have not looked back since," Jenny says.
"In addition we now have two other technicians. Our business is built on a high level of service and honesty."
She says the couple has advertised each week in the Classifieds for almost 13 years."We always have a fantastic response rate with our local paper advertising, and find that around 30pc of all our new customers come from the local paper, around 30pc from customer referrals and the remainder from various other advertising sources," she says.
The firm has been busy helping victims of one of the latest techno-tricks, scareware, which Jenny says has been disrupting and even paralysing internet browsing. She will email a fact sheet on request (Jenny@aclasspc.com.au).
Thanks for joining me to meet the great people in the marvellous community of classified advertising. This column has appeared in The Redland Times, Queensland, Australia. Image from http://office.microsoft.com/en-au/clipart/results.aspx?qu=computer&sc=20