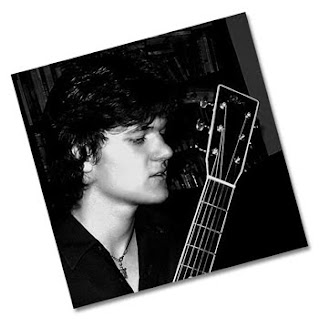 A BUSY year is shaping up for Victoria Point musician Sam Shepherd. The award-winning guitarist has found himself in demand for some important gigs, marking the 10th anniversary of his first major public performance.
Sam was only four years old when he started learning the guitar from his dad, Gary, and at age 11 he was on a camp with his Victoria Point Primary School Year 5 class when a talent contest gave him the opportunity to show his skills.
"It was a turning point for me," Sam says. "That was when I decided I would like to make a career of playing the guitar. I liked the applause.
"The pupils of that class are now turning 21. Sam already has that key, and looking at his calendar he notes that a run on 21st birthdays is on his 2010 schedule.
THE past 10 years have cemented Sam's place as a mainstay of guitar in the Redlands. He obtained a Certificate in Music from Alexandra Hills TAFE and in 2005 was the National Young Jazz/Blues Guitarist of the Year at the Frankston International Guitar Festival in Victoria, competing against dozens of older guitarists, including some with conservatorium credits.
In 2009, he graduated with a Bachelor of Popular Music Degree from Griffith University. He has performed at the Grafton Arts Festival, the Dorrigo Folk and Bluegrass Festival, the Redlands Bluegrass Convention, and at Tamworth, and he opened the second Celebration of Guitar Concert in Brisbane in 2006, playing alongside internationally renowned Australian fingerstyle guitarist Michael Fix, US session guitarist Louie Shelton and Australian singer-songwriter Peter Cupples.
SAM has also performed many times on stage as lead guitarist for Cupples. Sam's 'bio' sheet quotes Cupples as saying, "He's as dedicated as anyone I've ever known", studio guitarist Kirk Lorange (“Sam is well on his way to being one of the greats”) and Fix ("He undoubtedly possesses amazing skills"). The sheet promotes Sam's first album of mostly original music, while previewing another album for release this year, and his internet presence, www.myspace.com/samshepherdmusic.
SAM has conducted many guitar workshops. He has about 15 students at his home studio and also teaches at Victoria Point and Redland Bay Primary Schools. His notice in the Classifieds Training & Tuition column says, "Play guitar today!" and promises immediate results without "boring scales and exercises". After all, that's the way his dad taught him -- and it worked.
Thanks for joining me to meet the great people in the marvellous community of classified advertising. This column has appeared in The Redland Times, Queensland, Australia.
Posted by John Rumney at 4:10 pm