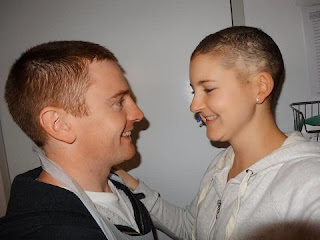 Images: Sarah Gillies, with fiance Tim Attwood; Sarah is hooked up for a session of stem cell treatment. 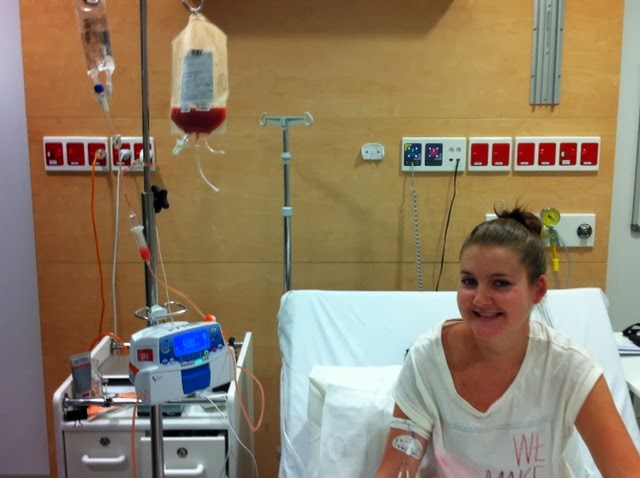 A SPECIAL message came from afar this week as a young woman continued her battle with leukaemia, buoyed by the support of some caring Redlanders. Sarah Gillies, 27, is suffering a tough regimen of treatment in Sydney. Her mother, Chrissie Stephens, of Bayswater Drive, Victoria Point, says Sarah remains courageous and positive in her battle which began in 2010 with a diagnosis of acute myeloid leukaemia. "Doctors couldn’t give her five years to live," Chrissie says. "Fortunately, one of her sisters was a stem cell match and in November 2010 she had a transplant. "Sarah got on with life and met the love of her life but early this year she found a lump in her breast which had leukaemia cells. "Again, luck was on her side – there were three stem cell matches in Australia and she had a second transplant in July. "Even though she has had many problems and side-effects along the way, Sarah has stayed positive and never asked for anything. "Her main worry is that her $3000 savings have been spent on medication."
-
CHRISSIE, her husband Phil, and many of their Bayswater Drive neighbours and friends had a garage sale, raising about $2500 for Sarah, who has asked her mum to thank everyone for their support. Hundreds visited the participating houses, some "just to make a donation, to share their stories or buy something knowing it was going to a very special woman," Chrissie says.
-
THE spirit of caring touched her heart. She has "a special thank you" for a neighbour who donated a new air conditioner which sold for $950. "The children from one house came up at the end of the day and gave me the $40 they raised," Chrissie says. "A young mother with two babies made cupcakes which along with my banana cakes raised $78. "Strangers come to me and donated money – $100 and $40. Cancer survivors came to wish her the best and she is in their prayers. "My amazing daughter, Sarah,for all she has been through and still going through can still smile and say there is always someone worse off than she is."
-
ANOTHER fundraiser for Sarah is scheduled for Saturday, November 23 – a "mini high tea" at Redland IndigiScapes Centre, Runnymead Road, Capalaba, with lucky door prizes, a raffle and live music. Inquiries to Chrissie on 0419 287 256.


This column has appeared in The Redland Times
.