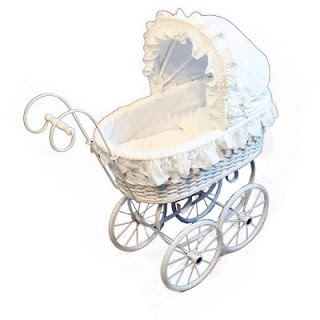 A RURAL town of yesteryear, Cleveland had dirt footpaths when June and Bob Fenwick brought their young family to the bayside in the late 1960s.The Fenwicks moved from Oxley to a 15-acre (6ha) plot on Panorama Drive. The property had an old farmhouse but the couple built a new house, where the two youngest of their three daughters grew up. Bob was a builder. He died in 1995 at age 72. June says she is grateful to have had the support of very closeknit family in her 15 years as a widow and she has never regretted the decision to settle in the Redlands.
NOW living at Thornlands, June at 84 years old is at the head of a big clan including five grandchildren and seven great-grandchildren. She counts carefully and says she hopes she hasn't missed anyone in the younger generations.June's great interest in her twilight years is her doll collection. "I used to make porcelain dolls," she says. "I used to go to a shop at Coorparoo."They used to make the moulds. We had to clean them, cut out the eyes, mouth and the head and paint them. It was very very nice and I enjoyed it." However, June says the shop closed and "nobody seems to be doing it anymore". It is in fact "quite a while" since her circle of friends has been assembling the dolls.
JUNE doesn't expect to make any more.However, she enjoys maintaining her collection of just a few.This week, one of her favourite pieces, a life-sized "baby doll" is in a new setting. June placed a Classified ad with a big and bold headline, "Wanted. White cane dolls pram -- must be in good condition..." She received two responses and bought one of the prams on offer for $200."It is very nice and in good condition, all steel underneath and with a lovely fringe around the hood; I think it was made in New Zealand," June says.She laments an accident in which another favourite, a 30-inch doll called Hilary, was smashed but she says she has finally found a woman who has a mould and looks forward to getting to Wynnum to meet her.
A FEW weeks ago, I wrote about Victoria Point guitarist Sam Shepherd, 21, without having heard his music. This sort of disappointment happens quite a bit in journalism with deadlines requiring us to often rely on quotations rather than first-hand (or -ear) experience.Since then Sam sent his 2006 CD, Finally, to preview another he expects to release soon. I can now add that those quoted words of praise from some big-name musos weren't misplaced.Sam's distinctive and relaxed playing in a complex finger-picking style is a real "touchdown". You can see it at youtube. Search for "Sam Shepherd - The Gypsy and Caravan".
This column has appewared in The Redland Times.
Posted by John Rumney at 10:24 am