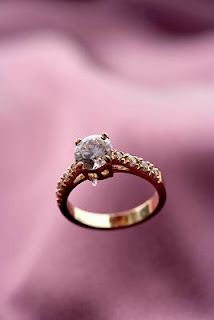 TWO pleasant surprises have meant a happy spring 2009 at the Capalaba house that Patricia and Ross Harris have called 'home' for the past three decades.
The Harrises have had many happy times at the Sutphin Street address where they have lived since August, 1977, just five months after their marriage. A lot of laughter and joy would echo around any family home for a couple and their three daughters.
Patricia was working in medical records at the Princess Alexandra Hospital and Ross in car sales when they tied the knot in March that year.
They had an early setback when the company employing Ross ran into financial difficulties but he soon found a job with an industrial packaging company and is still in the same field with another company.
THE couple had a daughter, Rebecca, in 1981, and another daughter, Melissa, in 1985. Their third daughter, Vanessa, was born in 1988, the year of Australia's bicentenary.
Now, more about the fantastic quinella that has featured in the Classifieds in Melbourne Cup week, 2009. Patricia had organised an engagement notice for Melissa, when Rebecca called from Western Australia to say she was also getting engaged.
The result has been back-to-back notices honouring this special time for the family.
"I am so excited," says Mum. "I think it's lovely to put it in the paper."
This shows the great heritage of publishing that local papers such as the Times and Bulletin have inherited over generations of service to their local communities.
Patricia, now working part time as a home carer, agrees some would see engagement notices as old fashioned but says they are a great way to share the good news.
But I'm getting off the subject(s): Patricia says Melissa's fiance is Timothy Day, known around the Harris household as a jack of all trades, after his recent experiences in gardening, wood turning and tool-making for the mining industry. Melissa is a dental assistant at Morningside.
ONE of Patricia's great joys is her first grandchild, Melissa and Timothy's 18-month-old daughter, Lucinda.
Patricia says the other enagagement stems from a New Zealand tour by Vanessa and Rebecca in 2008, when Rebecca met West Australian sandmining operator Nathan Armstrong.
Patricia knew some serious romance was under way when Rebecca returned from the tour, spent almost a month in Bunbury, WA, then moved west to work in insurance claims.
The Armstrongs are also part of the marvellous community of classified advertising. "Nathan's mum and dad put a notice in their local paper too," Patricia says.
Thanks for joining me to meet 'the people behind the notices' that appear your local paper. This column has appeared in The Redland Times, Queensland, Australia. Image from http://office.microsoft.com/en-au/clipart/
Posted by John Rumney at 9:06 pm