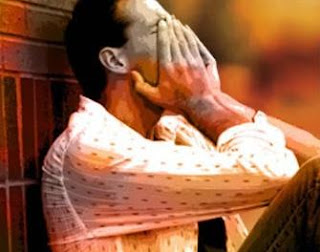 HIGH or low, fast or slow – the nation's economy has always created top of mind issues, but the intensity of the focus on the ups and downs seems to ever increase. Some believe in 'talking it up' as sentiment and confidence are major players in the complex web of influences. Others do their best to tell the truth without the spin, but the public faces  a quandary in what to believe. Most of us do not have the resources or ability to do our own sums in such a sea of facts and figures.
AWAY from graphs and stats, there are pointers that can help clarify the economic picture. On the ground in the bayside suburbs, Victoria Point couple Phil and Lyn Cropper have no doubt that times are tough. Pastors of the pentecostal Rhema Word of Faith Church Redlands, the Croppers have been hearing many stories of hardship. "Costs have been going through the roof and there have been job losses; there's no doubt people generally are doing it tough and finding it hard to make ends meet," Phil says. FOR the past six weeks, the Rhema op shop at Redland Bay, has sold $35 food parcels including fruit, veges and dairy and pantry items.
PHIL says the number of people using the service has increased steadily as word has spread and although some clients undoubtedly are in considerable hardship others are simply budget conscious. "We don't discriminate," he says. "Even people who may appear to be wealthy can be doing it tough as many are up to their eyeballs in debt."
NOW, the big announcement that I promised a few weeks back. Well, the magnitude has certainly dimished in the interim but that's 'all good' for those who enrolled in the Redlands Community Weight Loss Challenge (Classie Corner, July 6).
Kim Phillips and Gordon Mills, of Capalaba, organised the challenge with eight participants. Kim has advised that Greg Harrison now has the title of 'biggest loser' after shedding 8.9kg in 12 weeks. Kim and Gordon are consultants for a nutritional system to help in losing weight without gym membership but nevertheless promote a balanced program for a healthy lifestyle. Kim, a registered nurse who now has the occupation description of 'wellness coach', says Greg was amazed at the ease of his weight loss.
"Greg changed his eating habits and commenced on one of our Cellular Nutrition Programs, which we have available for people to use if they would like to," she says.

"Four people were using our products and the other four chose not to. We had lots of laughs as well as shared information to help people move towards a healthy active lifestyle, along with encouragement and support."

Thanks for joining me to meet the people in the marvellous community of classified advertising. This column has appeared in The Redland Times.
Posted by John Rumney at 6:18 pm