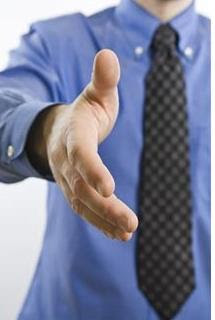 
SPOUSES bicker, siblings battle, workmates argue – everyone probably has some sort of relationship problem at some time.
We often forget, however, that our differences are painfully obvious to those 'looking in from the outside' with impartial eyes.
The spouses may divorce, siblings may refuse to speak to each other and workmates may separation. When the warring parties go into business together, the consequences can be costly.

BUSINESS broker Graeme Donaldson often sees dangerous symptoms when buyers are shopping for an enterprise.
He says the internal bickering and friction are among the main reasons some businesses have been on his books as many as half a dozen times during the 14 years that Donaldson Business Brokers has operated in the Redlands.
"I do have to say that some people are not cut out to go into business," Graeme says. "There can be clear signs they are destined not to succeed.
"In one instance two blokes going into a partnership were arguing at our initial meetings. Sure enough, the business was back on the market within 12 months."
Graeme has a special interest in the psychology that underpins business success.


FORMERLY the CEO of companies distributing car, truck, industrial and electrical parts, Graeme studied team psychology at university level.
The training which he undertook when heading a national workforce about 1500 showed the importance of teamwork in any enterprise, Graeme says.
Sydney-born Graeme qualified as an electrical fitter/mechanic and refrigeration engineer – and is proud of having worked on components for the Sydney Opera House in the 1960s before he moved into sales and management.
He says his move into business broking followed his business consultancies. "One of the companies asked me if I could sell it for them, and I did – that's how the brokerage started," he says.

GRAEME says he is content to maintain his for-sale listings about 30 businesses: "I would rather provide personalised service than get too many people involved."
Donaldson Business Brokers has been part of the community of classified advertising in the Bayside Bulletin since it started trading, with an invitation to those buying, selling and testing the market.
The firm charges no marketing and advertising costs, relying totally on sales commissions. This means "no sale, no cost".
The current business climate receives a lot of attention from the economic analysts at national and state levels, and 'down on the ground' Graeme says it is the toughest he has seen in four decades.
"A lot of people are in trouble, just hanging in there, and have been for quite some time," he says.
"You only have to look around at the number of shops that have closed."
Graeme acknowledges many Redlanders resist growth of the city but warns that if it doesn't grow the only direction is backwards.

Thanks for joining me in the marvellous community of classified advertising. This column has appeared in The Redland Times.
Posted by John Rumney at 6:55 pm