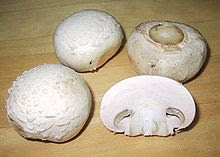 A LONG tradition in primary production continues at Thornlands where the son of an Italian immigrant from the 1950s applies the knowledge and skills under a brand name that is synonymous with the heritage of Redland City. Eprapah Produce is the business of Peter Comuzzo, who for the past 16 years has specialised in growing mushrooms. Peter employs five people to help him send up to 2.5 tonnes of mushrooms a week to Rocklea Markets from the property he bought 22 years ago. He was one of four children of the late Mario Comuzzo and his Blackbutt-reared wife Norma.
THE family farmed at Wishart for about 30 years before, as Peter says, the fields there "started growing houses". The Thornlands property was Peter's first venture outside the family small-crop business, which had irrigation from a creek. He started his own venture with lettuce, tomatoes and eggplant. "The property has two dams but we soon pumped them dry," he says. "That's why we went into mushrooms - they don't take anywhere near as much water."
ALTHOUGH the output may appear substantial, Peter says it is small compared with some large-scale production in South East Queensland, where the biggest operator produces about 70 tonnes a week. Mushrooms give stability of year-round growing but Peter says consumer demand picks up considerably during winter. "During summer, there is more choice of fruit and vegetables so more competition for the household budget," he says.
MUSHROOMS have high protein content and have been promoted as "the meat for vegetarians", Peter says. Despite the emergence of exotic mushroom varieties in recent years, Peter has stuck with the tradional. 'Buttons' are his biggest crop but he also produces smaller volumes of field mushrooms, or 'flats' as they are known in the industry.
REDLAND householders have a bonus from the by-product of Eprapah Produce's farming - a constant supply of spent mushroom compost that is ideal for gardens, big and small.Peter says the growing medium is replaced in nine-week cycles, resulting in the availability of 300 blocks of compost a week. He sells the compost in 20kg bags and delivers locally for free.Winter is not only the ideal time to throw a handful of buttons into the minestrone but also to dig some compost into the home garden before the warmth of spring.
Thanks for joining me to meet the great people in the marvellous community of classified advertising. This column has appeared in The Redland Times, Queensland, Australia. Image from wikipedia.
Posted by John Rumney at 10:42 am