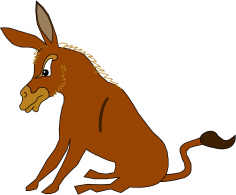 THE echoing cheers from the spring racing carnival's focus on stayers are merging into the murmurs of the Golden Slipper lead-up and a focus on two-year-old first campaigners.
But punters may throw away their form guides and look to the classified advertising of their local paper to come up the real winners.
At least, that seems to be the tip from racing writer Phillip Bate, whose column, Down the Straight, appears in Queensland Country Life, a member of the Rural Press group and a cousin to the Redland Times.
"Next time you read your local paper, don't forget to read the classified ads," Phillip has told his followers.
"Samford racing enthusiast Joyce Ziesmer did just that and ended up a winner when her horse Bold Benny won his second race at the Clifton Cup race day."
Joyce paid only $1500 for the gelding as an unbroken three-year-old after he featured in a classified ad, Phil wrote.
This ad appeared on another "track" but that doesn't affect the message that members of the marvellous community of classified advertising may always be winners.
Even "window shopping" for bargains is like perusing the horseflesh in the saddling yard.
THE marvellous community also gets people talking. The Classie Corner report last week about "Mary Poppins of Birkdale" finding an umbrella blowing in the wind certainly whipped up a mini tornado.
Mary's phone rang hot. A friend from Victoria Point called before the ink had dried, after she identified Mary, whose real name was not published.
"I know what you have been up to; I read it in the Times," the friend crowed.
An Alexandra Hills woman noted the reference to Meniere's disease and was quick to suggest an alternative treatment that had worked for her.
Then, Mary's daughter, Beverley de Silva, chipped in, saying she would email the report to family members around the nation and as far as Bangkok.
The octogenarian Mary Poppins who met Bob Dylan on a windy Redlands day may now hover with her brolly over technocrats the stature of Bill Gates, if Beverley has her way.
"If all goes to plan, I'll be going to Kuwait to work next year, so I want Mum to learn how to communicate online," Beverley said.
The email campaign with Classie Corner "might also help me convince Mum to learn to use the internet and email so she can surf the net (she's a voracious reader/researcher) and keep in touch with her 'spread across the globe' clan", Beverley said.
(This column has appeared in the Redland Times, Cleveland, Redland Shire, Queensland, Australia)
Posted by John Rumney at 10:48 am