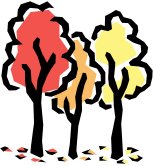 Tree huggers may as well click to another site. The spectacle of a tall tree crashing to earth is heart-pumping action, better for some than one of the famous state-of-origin rugby league matches of eastern Australia.
Just before I head for the TV to watch the Queensland Maroons face the New South Wales Blues in Melbourne for the Origin decider, the Classie Corner archives have opened again.
Trees and timber are back on the agenda, this time for a piece from the Grafton Daily Examiner in August 2001. Some great stories on camphor laurels lurk in the basements of my computer disks, so I’ll have more in weeks to come.

AFTER a slow start to his working life, George Tillman has reached some dizzy heights since he became "upwardly mobile".
George admits he took quite a few years to get a regular job after he left south Grafton High School about 25 years ago.
But, at 25 years old, he started a lawnmowing business "from scratch".
Now, 17 years later, George employs four in a business that has "branched out" into tree lopping.
And the father of three says he has never looked back, especially since he started an educational program to back him up in his job.
For almost four years George has travelled to Wollongbar TAFE usually once a week to study arboriculture.
The study has bought achievement. It took him best part of a year to learn how to use spikes and ropes to climb and he now uses a ladder only when the special circumstances require it.
It has also brought some home truths.
"The guy I thought was a genuis was actually a liability, an accident waiting to happen, because he climbed with one attachment; he only had a pole strap and no safety line," George said.
"I had climbed trees with no safety line but if you haven’t had the training you shouldn’t be out there.
"Over 30ft high, they classify you as dead.’’
George’s knowledge from the courses has helped him on some mighty projects, such as lopping a 30m blood gum.
Other lofty victims of the Tillman touch include the now despised cocos palms, which he has become proficient at removing from sensitive spots, perhaps where a pool or building risks damage if anything goes wrong.
Sometimes a crane is needed; others, George can "block’’ the pieces down using pulleys off the tree itself.
Some people from other trades may say their practical experience has allowed them to show a few things to their TAFE or uni tutors but George makes no bones about that.
He says the study has given to him. "Going through the college has helped heaps. They tell you what diseases the trees get, where to put them…"
George says the biggest mistake between man and tree is the choice of a site. "People don’t realise how big a tree will grow".
His team lops as many as 15 cocos palms a week. Jacarandas and camphor laurels are naturally on his CV.
George has never been one to rest on his laurels but he may take a break from study next year. A baby’s cry, courtesy of a sensitive telephone mouthpiece underscores his statement.
The twins, Megan and Erica, will be one year old in October. George, king of the tall timbers, now has four ladies waiting at home for him each afternoon.
Well, wife Susan may want him to go through some figures as she does the books but the other three just want Dad.
Posted by John Rumney at 8:39 pm